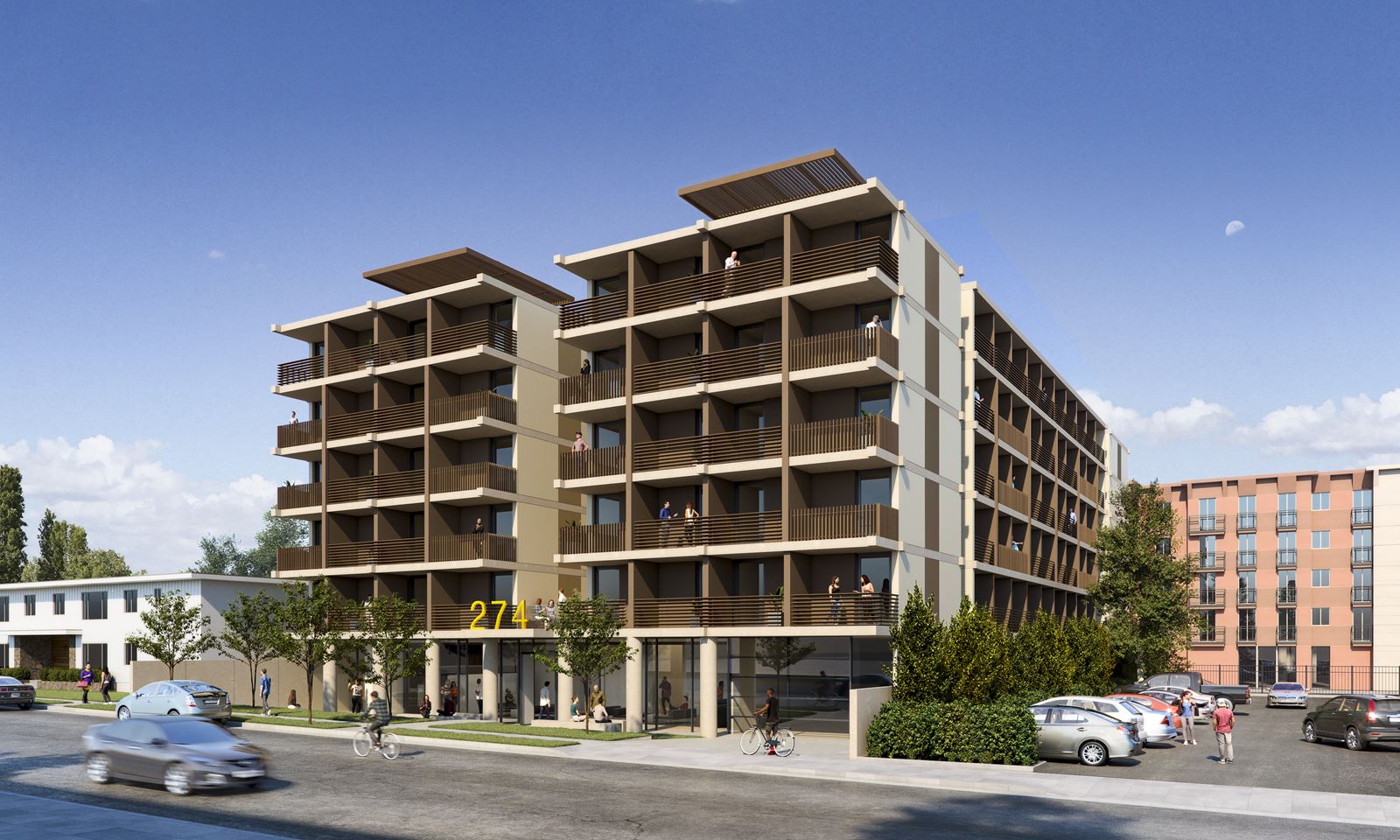 Pasadena, CA – November 4, 2021 – Pasadena Studios LP announced today that funding has closed and construction has commenced on 180 affordable micro-units located at 280 N. Oakland Avenue in Pasadena, CA. Completion is scheduled for Spring of 2023. The project is targeted to entry-level workers earning 30% to 60% of area median income seeking modern, affordable housing near jobs and public transit.

“We believe Pasadena Studios will be an impetus to spur more developers to build projects that serve the unmet housing needs of Pasadena residents,” said CBG Co-Founder Joe Seager. “We are creating 180 affordable apartments, at no cost to the City of Pasadena, that will allow residents to live near where they work and takeadvantage of easily accessed public transportation.”

“This important project is now underway thanks to the support of the City of Pasadena, starting with former Mayor Terry Tornek, Current Mayor Victor Gordo, and the entire city council, including John Kennedy, District 3 Councilmember,” said Jim Osterling, Co-Developer. “The Planning and Building & Safety Departments, led by David Reyes, fast tracked the entitlements and building permits in record time to meet a very tight funding deadline.”

Careful attention has been paid to every design element at Pasadena Studios. The large balconies, included in every unit, and the common area courtyards combine to make the space feel more open and livable. Rooftop amenities, a workout room, and a grand lobby entrance round out the amenities available to residents at Pasadena Studios.

About Pasadena Studios LP is a collaboration of Community Builders Group, LLC (CBG) and Bridge Financial Advisors. Pasadena Studios is being funded by tax exempt bonds and low-income housing tax credits. The nonprofit partner is Central Valley Coalition for Affordable Housing with which Community Builders Group has developed a long tenure of joint ventures. The equity partners are Alliant and Sugar Creek, and the tax-exempt bonds were provided by Citi Bank.

Community Builders Group is a real estate development firm dedicated to the pursuit of socially conscious, sustainable growth. Founded in 1999 by Christian Hart and Joe Seager with the intention of creating quality housing for underserved communities, CBG has expanded its focus to include the new construction of mixed-use developments that elevate each neighborhood through community-oriented design.