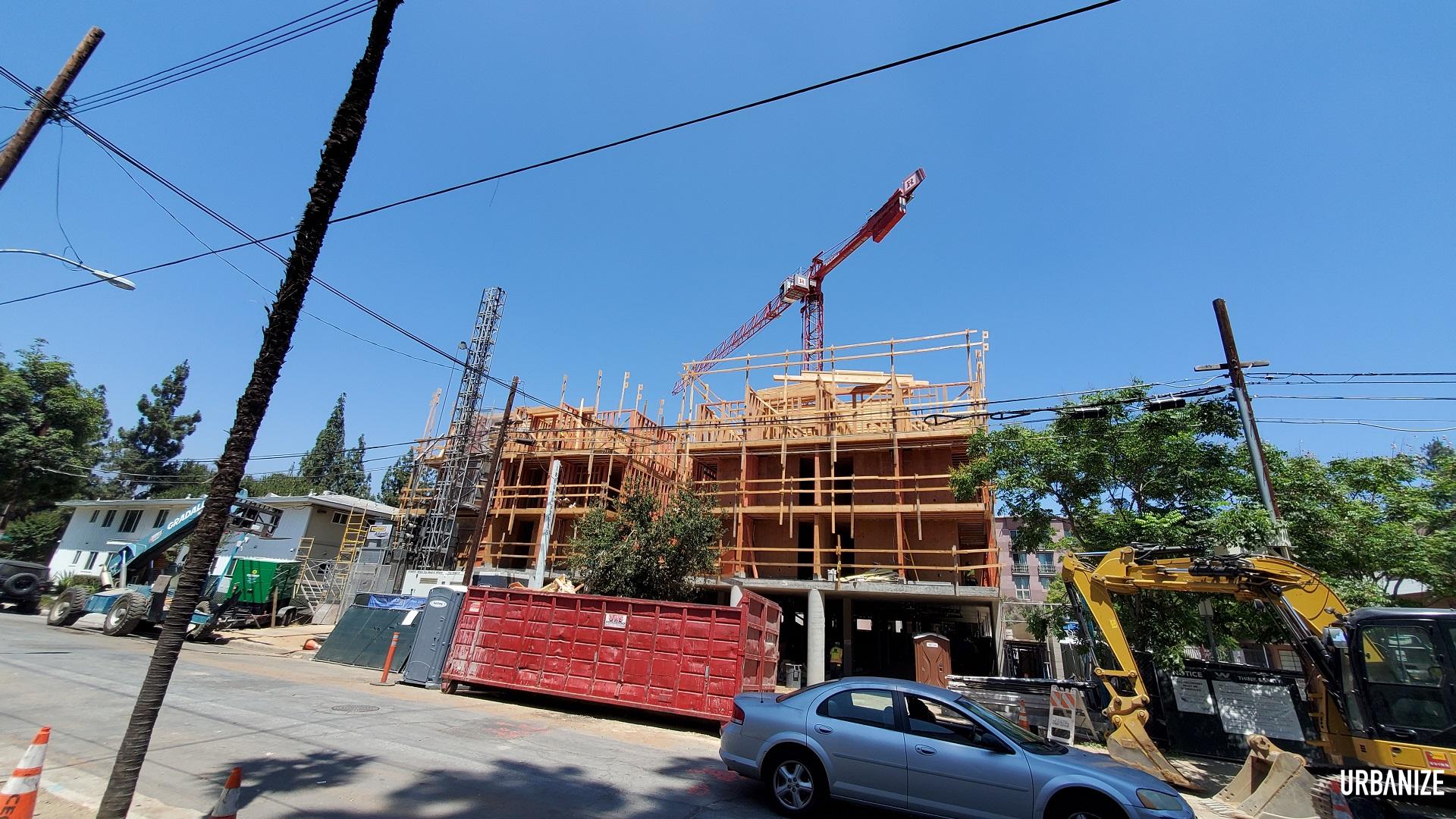 Just south of the 210 Freeway in Pasadena, a micro unit apartment complex from Community Builders Group is rapidly taking shape.

The Pasadena Studios project, which broke ground at 280 N. Oakland Avenue in November 2021, will consist of a six-story edifice featuring 180 residential units above street-level parking for 25 vehicles. At completion, the apartments will be targeted toward households earning between 30 and 60 percent of the area median income level.

'We believe Pasadena Studios will be an impetus to spur more developers to build projects that serve the unmet housing needs of Pasadena residents,' said Community Builders Group co-founder Joe Seager in a statement issued at the time of the project's groundbreaking. 'We are creating 180 affordable apartments, at no cost to the City of Pasadena, that will allow residents to live near where they work and take advantage of easily accessed public transportation.'

Natoma Architects is designing the contemporary podium-type building, which is divided into three volumes wrapping around a central courtyard, and capped by a series of rooftop decks. Plans also call for a gym and a large lobby entrances.

The project, which is being developed by Pasadena Studios, LP, is officially a joint venture between Community Builders Group and Bridge Financial Advisors.

Completion of the Pasadena Studios is expected in Spring 2023.